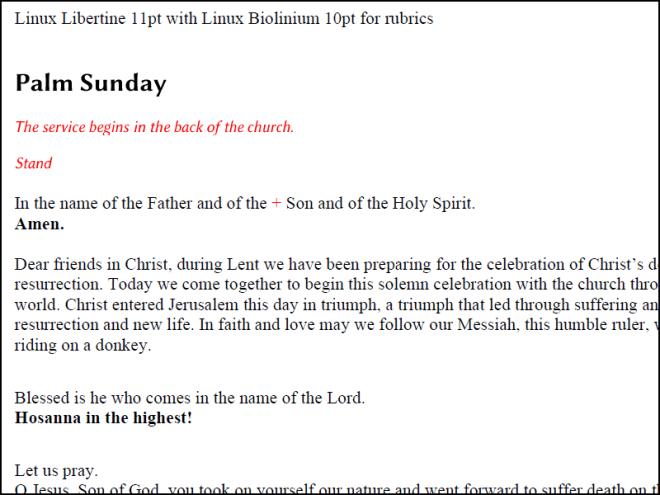 When a congregation sees bold type, people instantly know that it’s their part and that they should read it. No announcement is necessary. My congregation prints out funeral services this way with no indicators for Minister or Congregation (M: or C:) and no special announcement, and the congregation of mostly visitors knows right away that they are supposed to read the parts in bold.

The lines of a serif font guide the eye in ways that sans fonts do not. I have seen sans fonts used to print liturgy/rites. GIA prints the liturgical sections of their hymnals in a sans font. However, they print the hymns with sans in the titles and serif in the lyrics. 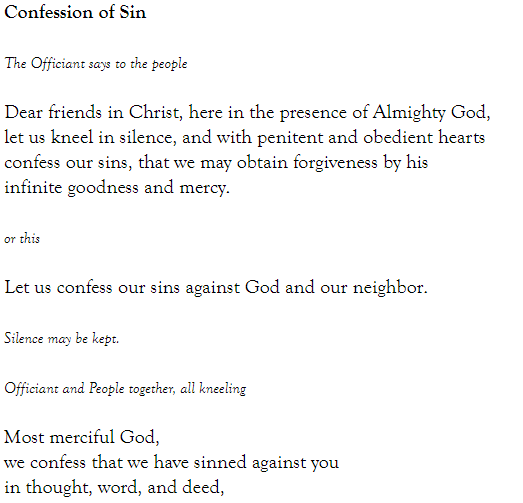