Join 364 other followers
Follow A Collection of Prayers on WordPress.com 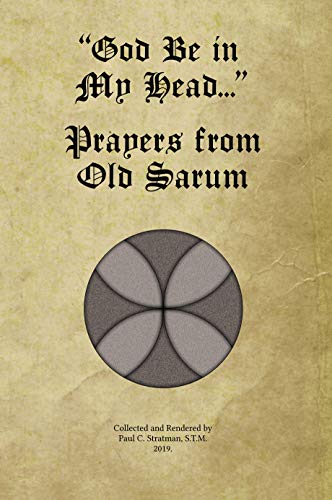 The “Sarum Rite” or “Use of Salisbury” was a variant of the Roman Rite. It was known for additional responses not in the Roman Rite and for its high ceremony. In 1078, William of Normandy appointed Osmund, a Norman nobleman, as bishop of Salisbury. As bishop, Osmund initiated some revisions to the Celtic-Anglo-Saxon Rite and the local adaptations of the Roman Rite. Scholars have theorized that the liturgical practices of Rouen in northern France inspired the Sarum liturgical books. After the liturgical reforms in Salisbury, other English dioceses issued their own books, based on the Sarum Rite.

The Sarum Rite had a wealth of richly worded prayers that have influenced Christian worship ever since. Many prayers from the Sarum Rite were used in the Book of Common Prayer. This book gathers prayers from the original Sarum Missals, Breviaries and Psalters and presents them in a single collection in contemporary liturgical English, and may be useful in public or private devotions.